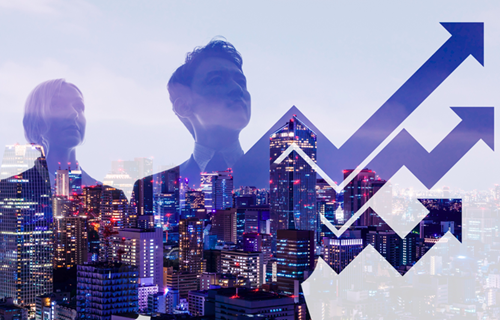 You’ll rocket to higher sales with a team chock-full of A-Players. If you rely on gut instinct, you will never land the sales team you want. For higher sales growth, you need the proper process when hiring for salespeople.

Gut instinct (or intuition) is the worst basis for hiring salespeople. You’ll hire the right salesperson less than 20% of the time if you base hiring on a gut feeling. Gut-based hiring means you have an 80% chance of choosing poorly. Would you take a bet with those odds?

When managers base their hiring decision on feelings, they often ignore vital factors. In sales staff selection, companies hire costly underperforming salespeople who flame out in 3-6 months. 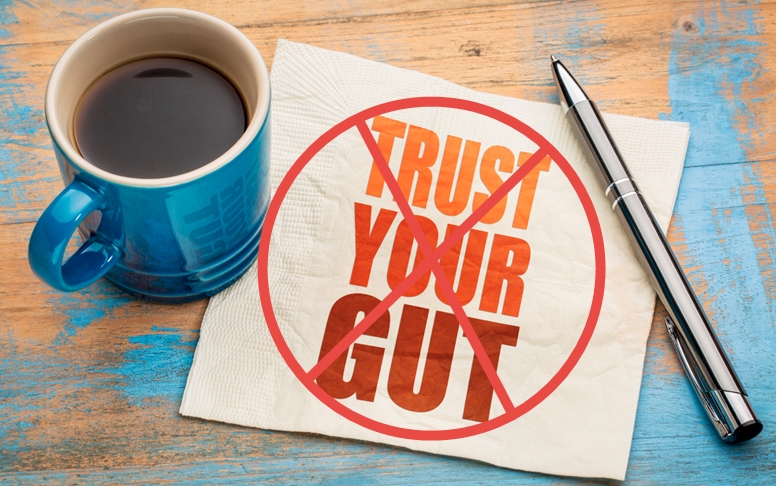 Reason 1: Salespeople are Good at Selling and Excellent at Selling Themselves

Many salespeople applying for a job will:

Reason 2: When You Rely on Your Gut, You Introduce Unconscious Bias

As a selection method, in-person interviews have a horrible record of bad hires. Amazingly, research reveals hiring managers make a yes/no hiring decision in the first five minutes. That’s not enough time to get through the small talk, let alone assess a sales candidate.

You’ll hire better salespeople when you remove bias while hiring for sales. A Deloitte study shows that when companies remove unconscious bias, they increase hiring top performers by 25-46%.

If you do not use a science-based selection process, you will likely let common biases interfere with selecting top salespeople. Avoid these hiring biases when hiring for sales:

1. Affinity bias means you unconsciously prefer people like you. Face it; we all want to be around people with similar interests, personalities, schooling, etc. While an applicant is different from you, they could be just as talented and friendly as those that are like you.

2. Beauty bias refers to physical appearance. Many of us place too much value on how a candidate looks. We unconsciously think they look the part. However, the adage about the book and the cover is real. Don’t judge applicants on appearance.

3. Conformity bias occurs when you allow the views of others to influence your own. If you interview a candidate as a group and everyone else likes the person, you are likely to agree, even if you have doubts.

4. Confirmation bias happens when you search for bits of evidence to back up your opinion. Confirmation bias leads to selective observation. For example, they went to a university you rate highly. You may look for examples confirming your high regard for the school they attended.

5. Racial or ethnic bias means preferring one race or ethnic group over the other. Some people have strong beliefs about race and stereotypes. We may unconsciously favor a candidate because of their race and the qualities we associate with it.

6. Gender bias means preferring one gender over the other. Some folks have strong beliefs about gender roles and stereotypes. We may unconsciously favor a candidate because of their gender and the qualities we associate with it. For example, we may think a man is better suited for a grueling travel schedule. Remove all personal biases while hiring for sales.

7. Halo/Horn effect happens when we focus on one particular feature of a candidate. If you view everything about the person in a positive ‘halo’ light, you see them as better than they are. For example, they work for a competitor, and you want to hire them. You may overlook that they lack even basic selling skills. The horn effect means you focus on a negative attribute, and that shades all other information.

8. Anchor bias means hiring managers rely too much on the first piece of information they receive. For example, if you discover the applicant has a high IQ, you will interpret everything through that filter.

Selling is a brutally competitive environment. If your company does a better job of selecting sales staff, your team will crush your competition. You must base this decision on science (facts).

The best way to hire A-Player salespeople: use a multi-measurement pre-hire assessment designed for sales.

See our post on pre-hire sales assessments for more info.